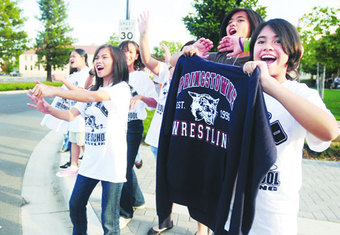 Following the "Decade of Excellence" the Springstowne Wildcat Wresting team scored it's 11th City Title in 2010 before learning their school would be closed due to budget cuts. An avid campaign to save their identity appeared all for naught as they learned the would be moved to a new school site with a new name. They moved forth winning their 12th City Crown in 2011.

They closed out the decade with their 20th Vallejo City Championship in 2019.

Below is our gallery of champions...