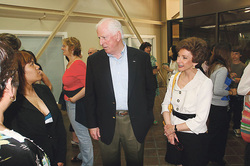 American Canyon High School student Nilla Marie Mercado was named a finalist in An Artistic Discovery: the Congressional Art Competition. The 10th grader was on hand Friday along with the five other district finalists at a reception held in the Napa offices of Representative Mike Thompson (D-St. Helena).  Mercado’s work, titled “Rebirth” is a combination ink, watercolor and oil pastel. She said she never planned to submit the work. That was the idea of her instructor, Steve Pult-Vega.

“It was originally a class project,” said Mercado.

The young artist said she is “good in sketches” and prefers to work in pencil. She said she wasn’t sure about a career in art but had an interest in fashion.

An accomplished athlete as well, Mercado was the city champion wrestler at American Canyon Middle School and competed last year as a freshman with the Vintage High girls team.

Representative Thompson called all the students’ works “incredible” and said that in the past not enough students participated.

“We decided to go out and push it, do a little more this year, have a party,” said Thompson.

The winner of the competition will represent California’s 1st Congressional District in the U.S. Capitol, where his or her artwork will be displayed for one year. The winner and a chaparone receive roundtrip airfare and a tour of the Capitol, and is honored with at a dinner.

The Congressional Art Competition began in 1982 to provide an opportunity for members of Congress to encourage and recognize the artistic talents of their young constituents. Since then, over 650,000 high school students have been involved with the nation-wide competition.

The 1st Congressional District winner is determined by a panel of artists and will be announced this week according to Thompson’s office. 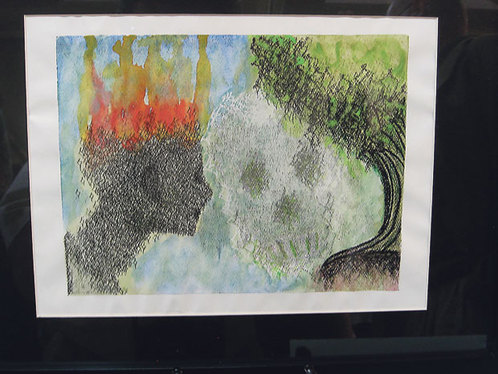