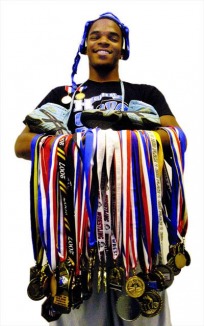 The roots run deep in the local wrestling community, and most of them lead right back to Springstowne Middle School-
Derek Wilson- Vallejo Times Herald

Since the Wildcats burst onto the scene in 2000, the program has become a proving ground and produced much of the area's top high school talent. Their lessons learned as Wildcat wrestlers have helped them contribute almost immediately at the high school level and thanks to their continued efforts coupled with the tremendous tutelage of high school coaches such as Carl Lastrella, Rick Manibusan, Mike Minahen and Mike Sariano they have went onto reach even greater heights.