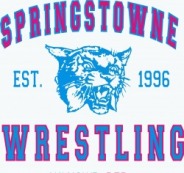 Though there was a wrestling program back in the late 70's at the then-Springstowne Junior High, it virtually disappeared until it was resurrected in 1996 by our longtime Coach Peter Trave.

During the early days from 1996 to 1999 the Wildcats competed in the GVRD City championships, where they were a perennial runner-up to the powerhouse Vallejo Middle School Thunderbirds.

In 2000, the Wildcats picked up competitions outside the City of Vallejo in an attempt to make a run at the Vallejo City Championships. The meets vs teams from American Canyon and Sonoma paid off as the Wildcats gained much needed experience and won the 2000 City Championship. They have held onto it ever since.

Though the Wildcats have never won any team accolades at the state level, they have won numerous team championships from local tournaments and have produced a number of Nor-Cal, State and National medalists, all without the aid of an elementary school feeder program.
~ 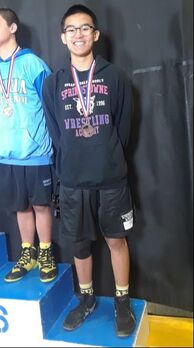