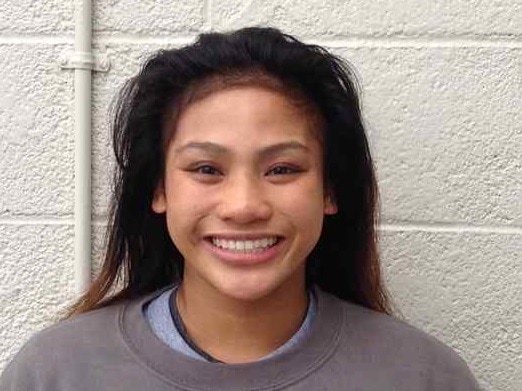 King recently won the Women’s Collegiate Wrestling Association National Championships, as the Tornado took their fourth straight title. After winning an individual national title last season, Molinari took second this season.
Avelino doesn’t need to scroll down her cell phone directory for advice this week as Molinari is in town and at practice this week.

That could be good news for Avelino, who beat Del Oro’s Kaleigh Burrage 9-4 in the Sac-Joaquin Section Masters 137-pound championship on Saturday in Stockton. She heads to the CIF State Championships in Visalia this week, trying to win her first California title.

She is the Times-Herald’s Athlete of the Week.

Avelino pinned Burrage in the second period two weeks ago at the section’s regional tournament at Natomas High. Burrage made some adjustments to try and gain the upper hand this time around.
“Her game plan actually really changed,” Avelino said Monday at practice. “She really shot a lot but I knew how to defend it.”

“Shelly has so much in her arsenal so it really doesn’t matter what someone else is doing because she can switch up her styles on the fly. But no, I wasn’t expecting Kaleigh to shoot seven times in the first minute but with that being said, Shelly has great hips so she can defend as well as she can shoot.”
The Masters title was Avelino’s third of her career as she won it freshman and sophomore year as well.
Avelino could see one of the division’s other top wrestlers in Jenna Garcia of Notre Dame of Salinas at state but Garcia is on the other side of the bracket so the two wouldn’t see one another until a potential final. Avelino could see Nordhoff’s Mikayla Miles, the Southern Section champ and No. 2 overall seed, somewhere in the tournament.

“I just want the week (of practice) to be the same,” Avelino said. “I want to have a good week of practice and I want the routine to be the same so it doesn’t mess me up.”
Holden agreed.
​
“You just want to re-fine what you do and get better,” he said. “Forrest flew in from Tennessee to work with her so we just have to get her where she needs to be, confidence-wise and wrestling-wise. The brackets came out today and we got a good draw.”
Avelino is a three-year Springstowne Wrestling Academy wrestler. She said that experience with youth wrestling prepared her well for high school wrestling.

“I really learned how to be a part of a team and how to lead as an eighth-grader,” she said. “It taught me to be a part of a group of people, especially because it’s a big group and you have to know what’s going on.”
Avelino is pleased to have Molinari around this week to bounce ideas off.
“She really tells me how to wrestle well, wrestle smart and have my head straight,” she said. “Honestly, wrestling is 90 percent mental.”

HONORABLE MENTION
• Bryan Ayala and Jose Lopez (American Canyon soccer) Ayala had three goals and Lopez picked up his eighth shutout in league play as the Wolves beat Fairfield to clinch a share of the league title.
• Gerald Belantes (American Canyon wrestling) took first place at the divisional tournament to advance to Masters.
• Ryley Boutain, Alejandro Lanza, Fernando Lanza, Steven Butts and Koe Alava (Benicia boys wrestling) all took first place at the divisional tournament to advance to Masters.
• Adrienne Dominguez, Angelina Ramirez and Nikki Mae Sumagang (American Canyon girls wrestling) all advanced to state in Visalia. Dominguez was third while the other two were fourth overall.
• Gamon Howard (American Canyon basketball) scored a team-high 16 points as the Wolves beat Fairfield to clinch a playoff spot.
• Raul Ibarra and Juan Perez (Bethel boys soccer) each scored two goals as the Jaguars beat Vanden to clinch a co-league title, their first in school history.
• Kaylan Lockrem (Benicia basketball) scored 15 points and added 14 boards in a win over Vallejo.
• Tara Othman and Ali Smith (Benicia girls wrestling) both moved onto the state tournament in Visalia by placing at Masters. Othman was third and Smith was fourth.
• Trey Pugh (Benicia basketball) scored a game-high 22 points as the Panthers beat Vallejo to clinch a playoff berth.
• BJ Standley (St. Pat’s boys basketball) scored 24 points in a win over El Cerrito and 23 more in an overtime loss to Salesian in the league final.
• Wanapaleia Wong (St. Pat’s girls basketball) scored 19 points and had five steals in a one-point loss to St. Mary’s in the league semifinals.